I shared my before pic recently, the one that was taken 15 years ago and when I was pretty much at my most sedentary and it got me to thinking. Over that 15 years I have tried all manner of things to get in shape, I never did try the shake weight though.
Anyway, my thoughts went to all those programs and I looked back on them to see what I did and how it could have ended up better.
So in the years between 2003 and 2011 I tried somewhere around eight different methods of getting in shape. Looking back at it one of my biggest problems was the overabundance of information out there about what was best and a whole bunch of well meaning friends and family that had some suggestions of what I should do, when in reality going from one thing to the next was not the greatest thing for me. 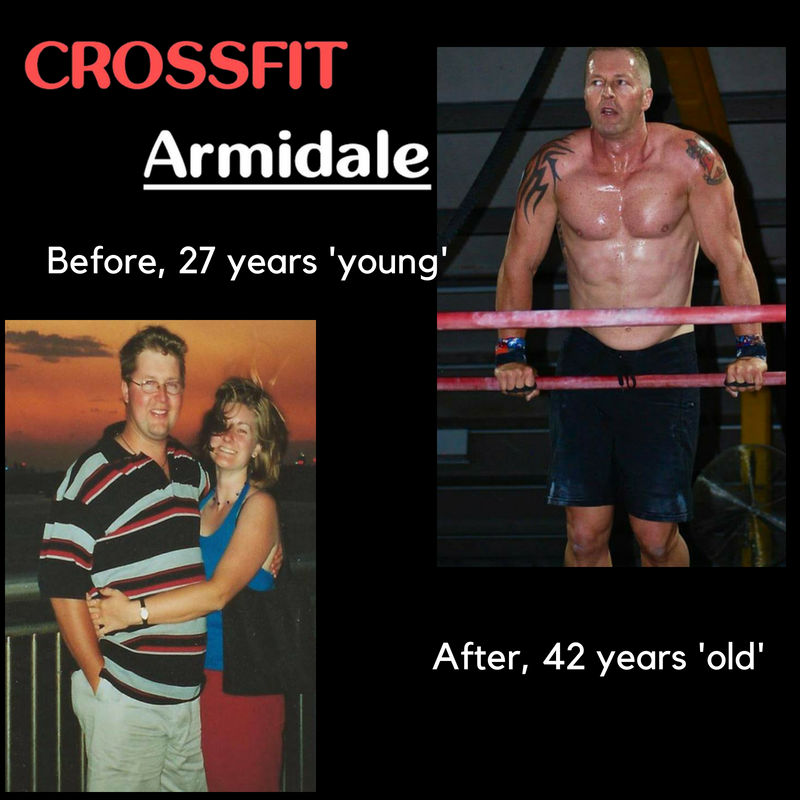 Day in day out in the fitness industry we are inundated with all sorts of new ideas, methods, gadgets and diets. Most of them work, some are ridiculous and others I really wish would finally die the death they so rightfully deserve (think all those ab machines on late night infomercials or the latest MLM craze). And from that I have learnt that it wasn’t just the overabundance of info, but the info combined with whatever I tried worked, mostly, and so I kept trying new things. Add to that the regimes, the programs, the diets I was trying, the heart rate monitors, I never really enjoyed any of them wholeheartedly.
I was doing them to lose weight, because other people had had success with them, because it was only a 12 week challenge, because it looked cool, or was new and just might be fun.

The main thing I was missing was consistency. Everything I tried seemed to have an end point. The end of the diet book, the end of a 12 week challenge, the end of a training cycle, with no real clear path after each of those.

I would get to ‘the end’ only to discover that life doesn’t stop, ie work, social commitments, seasons, my health. It wasn’t until I discovered CrossFit that I found 1. A training program I loved 2. Something I could be consistent with.
Now in 2011 when I started CrossFit it wasn’t the popular program worldwide it is now. Within the fitness world it was maligned to a degree, it wasn’t popular and plenty of people I looked up to held it in disregard. For me it worked though, and it was because I could see no end point, there was so much to learn, it promised to never become boring or stagnant, there was infinite growth available in this program.

And that was it, the bright shiny objects of shake diets, challenges with prizes and being the ‘rockstar’ trainer, all faded away for this gritty, sweaty, hidden away training regime. It wasn’t sexy, it wasn’t talked about well in the circles I was in, but I knew it would be what I did for the rest of my life. And here I am, seven years later, still on this program, with a sustainably low body fat percentage, with a program that has continued to adapt as I have improved over time. That has been the most amazing thing I have experienced in CrossFit, the continual improvement, not just by me, but by the members at CrossFit Armidale. People now doing warmups that were a few years ago an actual workout. The improvement is just incredible.

So that was it, with no end point, no fancy machines or radical equipment I saw the future of health, fitness and wellbeing, and it had come from the past. CrossFit was nothing new, the principles, the movements had all been around for a long time. But it was brought together in such a way that it was truly beautiful.

So stop chasing the bright shiny objects, the glitz and glamour, the newest gadget or app, and find your dirty workout regime, the one that you not only have to, but want to, come back for everyday, the one that never ends and the one that pushes you to get better, always seeking to make you better than yesterday. Deadlines, constant weigh ins, stringent diet plans and insane amounts of work in the gym only lead to burnout and other health issues. You need a program that can adapt with you, allow you to have your freedoms, feel free of judgement and feel like you are truly at ease with it.

Come Check Us Out!